Its time to know the truth! 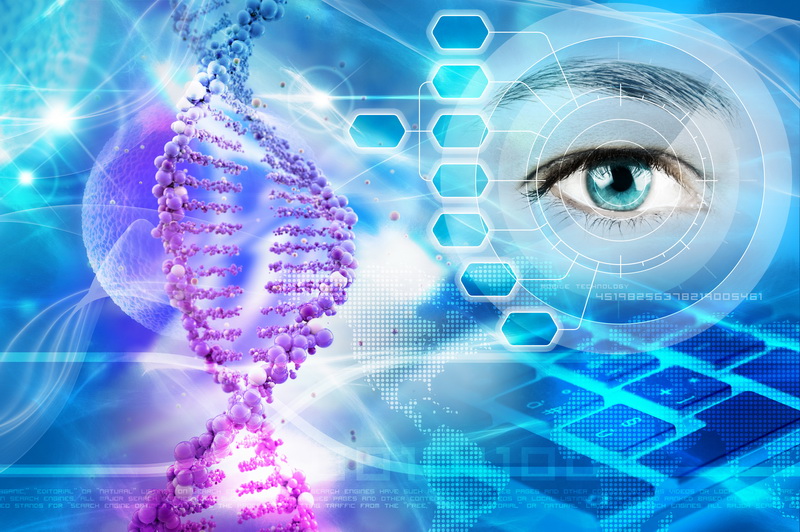 DNA technology has revolutionized modern science. Deoxyribonucleic acid (DNA), or an organism's genetic material—inherited from one generation to the next—holds many clues that have unlocked some of the mysteries behind human behavior, disease, evolution, and aging. As technological advances lead to a better understanding of DNA, new DNA-based technologies will emerge. Recent advances in DNA technology including cloning, PCR, recombinant DNA technology, DNA fingerprinting, gene therapy, DNA microarray technology, and DNA profiling have already begun to shape medicine, forensic sciences, environmental sciences, and national security.

In 1956, the structure and composition of DNA was elucidated and confirmed previous studies more than a decade earlier demonstrating DNA is the genetic material that is passed down from one generation to the next. A novel tool called PCR (polymerase chain reaction) was developed not long after DNA was descovered. PCR represents one of the most significant discoveries or inventions in DNA technology and it lead to a 1993 Nobel Prize award for American born Kary Mullis (1949–).
PCR is the amplification of a specific sequence of DNA so that it can be analyzed by scientists. Amplification is important, particularly when it is necessary to analyze a small sequence of DNA in quantities that are large enough to perform other molecular analyses such as DNA sequencing. Not long after PCR technology was developed, genetic engineering of DNA through recombinant DNA technology quickly became possible. Recombinant DNA is DNA that has been altered using bacterial derived enzymes called restriction endonucleases that act like scissors to cut DNA. The pattern that is cut can be matched to a pattern cut by the same enzymes from a different DNA sequence. The sticky ends that are created bind to each other and a DNA sequence can therefore be inserted into another DNA sequence.

Restriction endonucleases are also important in genetic fingerprinting. In this case, enzymes that recognize specific DNA sequences can produce fragments of DNA by cutting different parts of a long strand of DNA. If there are differences in the sequence due to inherited variation—meaning that there are extra DNA or specific sequences altered such that the restriction enzymes no longer recognize the site, variable patterns can be produced. If these patterns are used to compare two different people, they will have a different fragment pattern or fingerprint. Genetic fingerprinting can be used to test for paternity. In forensics, genetic fingerprinting can be used to identify a criminal based on whether their unique DNA sequence matches to DNA extracted from a crime scene. This technology can also allow researchers to produce genetic maps of chromosomes based on these restriction enzyme fingerprints. Becasue there are many different enzymes, many different fingerprints can be ascertained

Recombinant DNA technology can also be applied to splicing genes into molecular devices that can transport these genes to various cellular destinations. This technique, also called gene therapy, has been used to deliver corrected genes into individuals that have defective genes that cause disease. Gene splicing has also been applied to the environment as well. Various bacteria have been genetically modified to produce proteins that break down harmful chemical contaminants such as DDT. Currently, scientists are investigating the application of this technology to produce genetically engineered plants and crops that can produce substances that kill insects. Similarly, fruits can be engineered to have genes that produce proteins that slow the ripening process in an effort to extend their shelf life.

DNA microarray technology, also known as the DNA chip, is the latest in nanotechnology that allows researchers the have ability to study the genome in a high throughput manner. It can be used for gene expression profiling which gives scientists insights into what genes are being up or down-regulated. Various genetic profiles can be determined in order to estimate cancer risk or to identify markers that may be associated with disease. It has the ability only to detect changes in gene expression that are large enough to be detected above a baseline level. Therefore, it does not detect subtle changes in gene expression that might cause disease or play a role in the development of disease. It can also be used for genotyping, although clinical diagnostic genotyping using microarray technology is still being investigated.

Genes from other species can also be used to add new traits to a particular organism. For example, bacteria, mice, and plants have all had luminescent (light glowing) genes from jelly fish added to their genomes. Another reason for adding genes to a foreign organism is to manufacture various nutritional or pharmaceutical products. Some cows have been modified so that they can produce human insulin or vitamins in their milk in bulk. Pigs have been modified to overcome a number of transplantation problems so that some limited transplantation of organs can be carried out from pigs to humans, also called xenotransplation.

DNA technology is a relatively new area of research with enormous controversy. It will likely continue to be a large part of public debate and have an impact on every aspect of medical diagnostics, therapeutics, forensics, and genetic profiling.